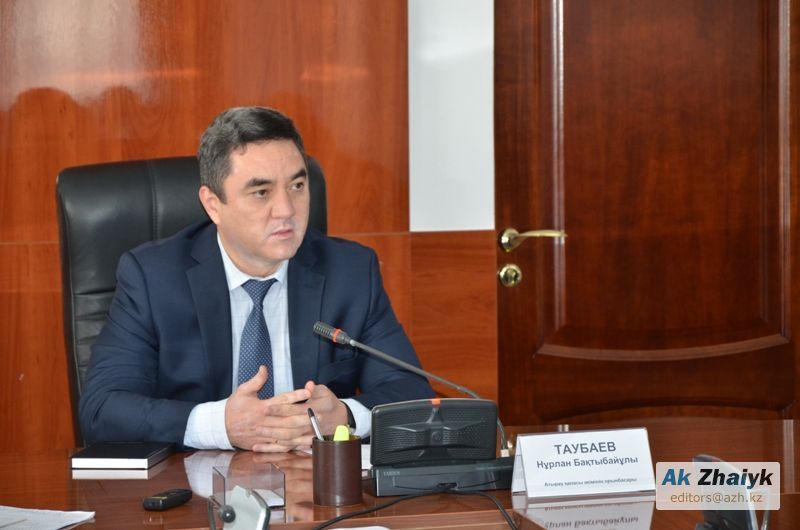 THE SUBURBS WILL RECEIVE 200 KILOMETERS OF ROADS

The road-building season of 2018 turned out to be hot – major works on reconstruction and expansion of main city streets, approved by the authorities last year, are in full swing, and other large-scale works will begin in the suburbs by the end of the season.

When and in what sequence long waited roads will come there – deputy akim of Atyrau Nurlan TAUBAEV told the AkZhaiyk.

– Recently, the City Akimat held a bidding for asphalting inner-city and village roads. Which ones?

– It appears from terms, are the bids so-called “transitional” bids?

– Yes, indeed, in the framework of the biddings, the asphalting facilities are transitional – simply because the duration of the construction according to the project documentation is from 6 to 8 months, and for one of the lots up to 19 months. Part of the asphalting of these micro-districts will be carried out before the winter period, and the completion of the remaining work is scheduled for 2019. In view of these circumstances, in order to solve the problem of transport communication between the new micro-districts and the city, the construction of roads will begin primarily with priority streets, which are the main connecting streets with existing city roads. The total cost of these projects is 31.1 billion tenges.

– How much money will be allocated by the current budget within the framework of this project, and what streets and areas will receive roads by the end of 2018, respectively?

– This will be decided at the next meeting by the city ​​maslikhat. 800 million tenges have been issued so far. As funds are allocated, we are planning to commission Vodnikovo and Akzhar villages in this construction season, they will be completely asphalted. In addition, the contractor was given the task of providing by the end of the year with roads of 5 so-called priority streets inAtyrau-1, Birlik, Tomarly, Zhanatalap villages. Lists of such streets were provided by the village akims .

It’s no secret how long the private sector has been waiting for roads. But in anticipation of the implementation of this large-scale project for the city and suburban settlements, one more factor should be taken into account, which we cannot influence.

Some of the lots are currently undergoing a contest procedure – one of the companies, in particular KAZPACO LLP (part of the BI-group holding company. Note by AZh), did not pass prequalification, was withdrawn from the bidding, and appealed against the actions of the bidding commission. It claimed 3 lots: 1st, 2nd and 3rd line in Yerkinkala and 2 sections in Birlik-2 and Tomarly-2 with a total amount of more than 12 billion tenges.

The company’s complaint was rejected by the authorized body – the Committee of Internal State Audit in Atyrau region. At this time, the company went to court.

– If the court accepts the claim for consideration, can the project deadlines move?

– No one can say for sure, but there is such a possibility. Although as the Client we have finalised all the contracts with the contractor Atyrauinzhstroy company, the winner of the bidiing.