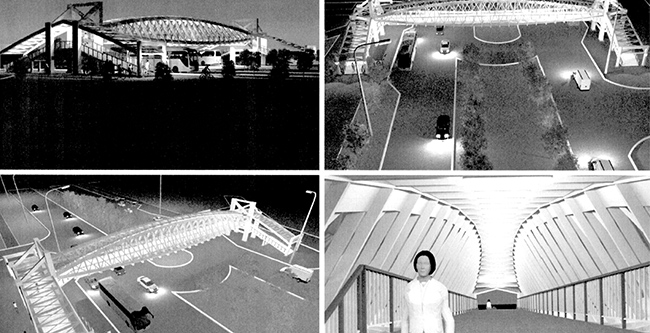 The announced construction of five pedestrian overpasses, which has already become a byword, should facilitate traffic flow on the roads of Atyrau. As we were assured in the city construction department, the long-awaited project will turn into reality in spring and summer of this year.


It should be clarified that this project, if memory serves, is already being implemented on paper since 2015. The city authorities announce it every year, and every time something goes wrong with it. Either the contractor is not satisfied with the cost, then the estimate is adjusted, or the hitch occurs with the funds. In a word, it is now spring of 2019, and there are still no promised overpasses as there weren’t before. But, as Bauyrzhan Ihsanov, a specialist in the production and technical sector of the city construction department assured us, this year, overpasses will be built. Though according to B. Ikhsanov, we are talking about building of two of the overpasses, not five.

The fact is that at a meeting on February 18 this year, under the chairmanship of the Akim of the city ​- Alimukhammed Kuttumuratuly , it was decided to cancel the construction of two overpasses: on Makhambet street in Svetlana area, and along Azattyk Avenue, next to the Department of State Revenues (Tax Committee), as it turned out that the land plots it was planned to build overpasses on were privately owned. Here is a question – what were you thinking? In addition, the project of another overpass with a length of 50 m and a height of 5 m planned to be built at the intersection of Satpayev and Taimanov Avenues will undergo a change. What is noteworthy, in 2017 Poligram LLP already adjusted construction cost of all 5 overpasses. The total project cost after adjustment amounted to 740 million tenges. And now another adjustment again.

Thus, first of all, the construction of two overpasses is determined: along Satpayev Avenue and the continuation of the facility started on Baimukhanov street as the busiest places in the city. The developer of the project of two overpasses is Akniet – BN LLP. They are unsupported and will be constructed from metal structures specially ordered from Russia. The length of the overpass is 50 m, the height is 5 m. AtyrauInzhStroy LLP has been determined as the contractor. In addition, Satpayev Avenue in the vicinity of the Academy bus stop, the territory of the construction site has been fenced off since last year, excavation and concrete works were carried out there. As for the overpass in the area of ​​the railway station and the Dina market, the building works began back in 2015.

Let’s keep our fingers crossed, just to not jinx it! Mysticism, and nothing else.
Timur KAZIEV,  http://pricom.kz/