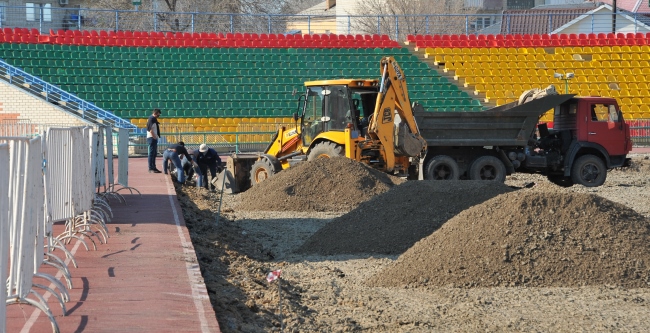 WORKERS ARE ADDING FINAL FLOURISH TO THE MUNAISHY STADIUM

Repairs of the Atyrau home stadium – Munaishy are ongoing in Atyrau.

Recently, the latest-generation artificial turf laying on a football fieldwork began. Under favorable weather conditions, this part of the project is planned to be completed within the next two weeks. After completion of all work, the football field will comply with UEFA standards. Its dimensions will be 110/70 meters.

Please note that the replacement of natural lawn with artificial turf began in March this year. General sponsor assistance was provided by GAZ stroy montazh KZ LLP, equipment was provided by Atyrauinzhstroy LLP .